Different Ways to Use Medical Marijuana to Treat Symptoms 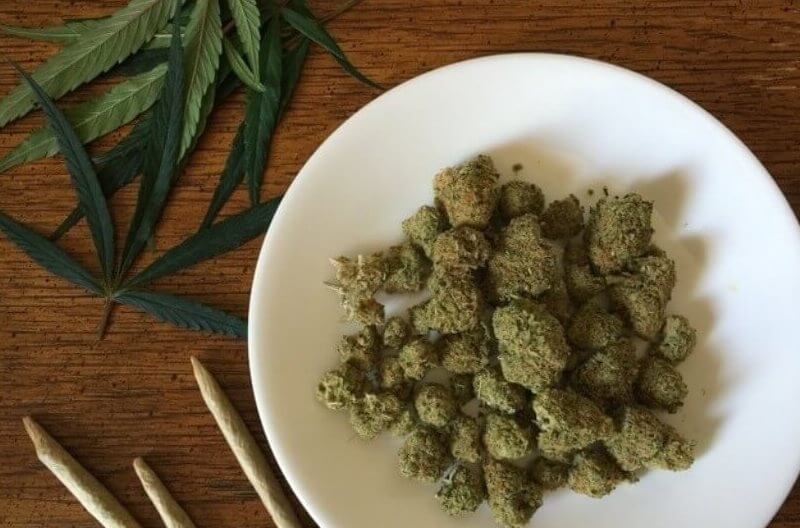 The spread of medical marijuana has helped countless patients across North America get the relief they need to fight through a wide array of different health problems. Marijuana is known to be effective at alleviating many harsh symptoms of illness such as nausea, loss of appetite, insomnia, chronic pain, and even seizures. Most people associate marijuana use with smoking, and that’s definitely one of the most popular ways to use marijuana. However, smoking isn’t easy, practical, or enjoyable for many people. A lot of would-be patients are turned off of the idea of inhaling smoke, even if they believe in the benefits medical marijuana has to offer. Fortunately, there are plenty of smokeless alternatives, many of which aren’t inhalant-based at all.

Okay, so this one is still an inhalant. However, vaporized marijuana is heated up only to the point that the THC (the primary active chemical that produces the desired effects) is released from the plant matter. Vaporizers don’t actually combust the weed, so there’s no smoke produced. Many marijuana users prefer to “vape” over smoking because they believe it’s less harsh on their lungs.

Vaporized marijuana begins producing effects almost immediately, so it’s a highly effective way to get instant relief of your symptoms if they onset suddenly. Vaporizers are typically small, hand-held devices that fit in your pocket, so it’s easy to carry on the go so you have your medicine whenever you need it.

However, there are many users who don’t prefer vaping, because combustion releases more active chemicals from the plant which can invoke a different or stronger effect than vaporizing alone. Additionally, while vaporizers don’t get as hot as fire, they can still be uncomfortable on the throat for users who aren’t experienced with smoking.

Edible marijuana treats have soared to popularity as the next most common method of consuming THC behind smoking and vaping. Plants are ground up and simmered into a butter- it’s the high heat and the oil that releases the THC from the plant. This butter is then used to cook any number of fun treats.

In years past, the “weed brownie” was the most popular form of marijuana edibles. However, in the age of the legal and medical marijuana industry, you can find medical marijuana “cooked” into treats like popcorn, ice cream, gummy candies, chocolates, mints, cookies, sauces, dressings, and even dry seasonings. Homemade edibles often taste like there are traces of plants left in them, but professionally made edible products are so convincing, you can’t even tell there’s marijuana in them. Always read your packaging!

The biggest drawback with edibles is their onset time. Depending on your metabolism, the dose, and how much you’ve eaten, you might feel effects in as few as 45 minutes, or as long as 2 hours. However, the effects are more subtle than those of smoking, and they last for a much longer time.

A relatively recent trend in marijuana consumption, concentrates, or “dabs,” are highly-potent residues containing large amounts of concentrated THC. Most commonly found in the form of oil or wax, concentrates are vaporized at a very high temperature using a specific type of glass rig. There are also handheld vaporizer devices like the ones discussed above that are specifically designed for use with concentrates.

Because they’re inhaled, dabs are very fast-acting. They’re great for immediate relief of harsh symptoms. However, they can be difficult to use, the devices become very hot to the touch, and it’s easy to waste concentrates by burning too much or getting it all over your hands.

Dabs are popular for their potency, but they are known for very strong psychoactive effects. If you’re looking to use marijuana purely for the purpose of alleviating medical symptoms, you may find that concentrates are overwhelming or unpleasant. Always consult with your doctor before consuming marijuana in a way that’s unfamiliar to you.

Cannabidiol is another active ingredient in marijuana that has positive effects on your mood and pain relief, but doesn’t induce the psychoactive effects of THC. These CBD products are becoming increasingly available over-the-counter in many parts of the United States, and they’re available in each of the forms discussed above. CBD is a great place to start for those experiencing mild symptoms who want to explore whether marijuana is right for them.

Before consuming marijuana for its medicinal benefits, check with your doctor to make sure it’s the right choice for you. We strive to offer you all the knowledge you need, but we can’t make medical decisions for you. Remember, this information is here purely for informational purposes and doesn’t constitute medical advice. Smoke safe, and be well!